Antelope Canyon is the most-visited and most-photographed slot canyon in the American Southwest. It is located on Navajo land near Page, Arizona. Antelope Canyon formed over the course of millions of years by erosion of the Navajo Sandstone, primarily due to flash flooding and secondarily due to wind erosion. Rainwater (especially during monsoon season) runs into the wash that Antelope Canyon is part of, picking up speed and sand as it rushes through the narrow passageways. Over time the passageways are eroded away, making the corridors wider and smoothing hard edges in such a way as to form characteristic 'flowing' shapes in the rock. Upper Antelope Canyon, called Tse bighanilini, "the place where water runs through rocks" by the Navajo, is the most frequently visited by tourists, due to two considerations. First, its entrance and entire length are at ground level, requiring no climbing. Second, beams (shafts of direct sunlight radiating down from openings in the top of the canyon) are much more common in Upper than in Lower. Beams occur most often in the summer months, as they require the sun to be high in the sky. 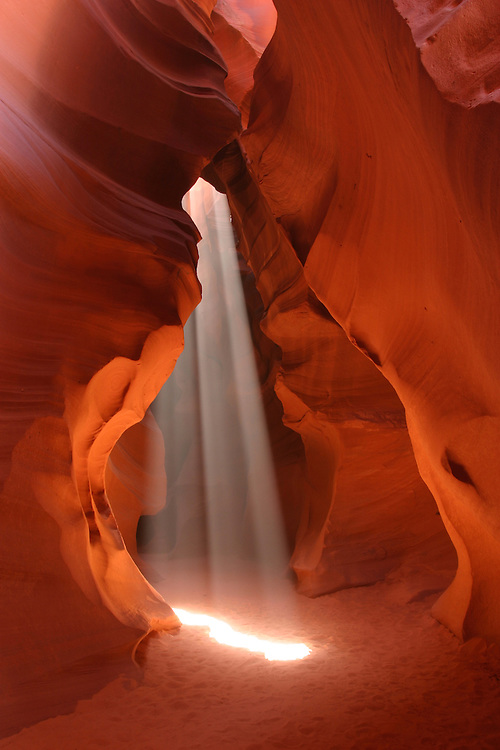