Mooney Falls is a waterfall on Havasu Creek, in the northwest corner of the U.S. state of Arizona, near the town of Supai in the Havasupai Indian Reservation. It is named after prospector D. W. "James" Mooney who fell to his death trying to cross the canyon on a homemade ladder. Local Native Americans called it "Hualapai" or "Hualpai" falls. It is located about 1 kilometre downstream (i.e. to the north) of Havasu Falls, just past the large campground that lies between the two falls. Mooney Falls is accessible with considerable difficulty down a very steep trail (including two rock tunnels) that has been cut into the rock. Chains and a ladder at the bottom assist, but spray from the falls coats the dust-covered rock with water and reddish mud that makes climbing treacherous. 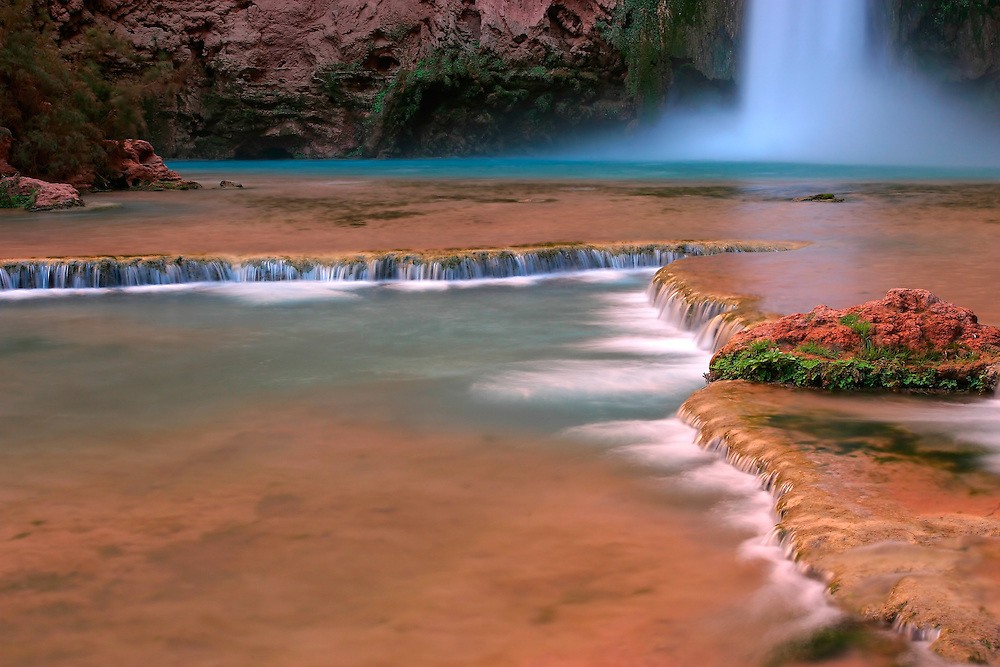