La Rue Obscure is the oldest street in the old town of Villefranche sur Mer on the french riviera, between Nice and Monaco. It was built on virgin soil at the beginning of the 13th century. La Rue Obscure formed the basis of the rest of the town’s construction on the slopes rising from this coastal lane. It gave inhabitants of the town certain refuge against possible attacks. The ship captains who were forced by storms to anchor in the bay, could make necessary repairs in safety. La Rue Obscure also welcomed precious merchandise, such as wine, in its cellars. 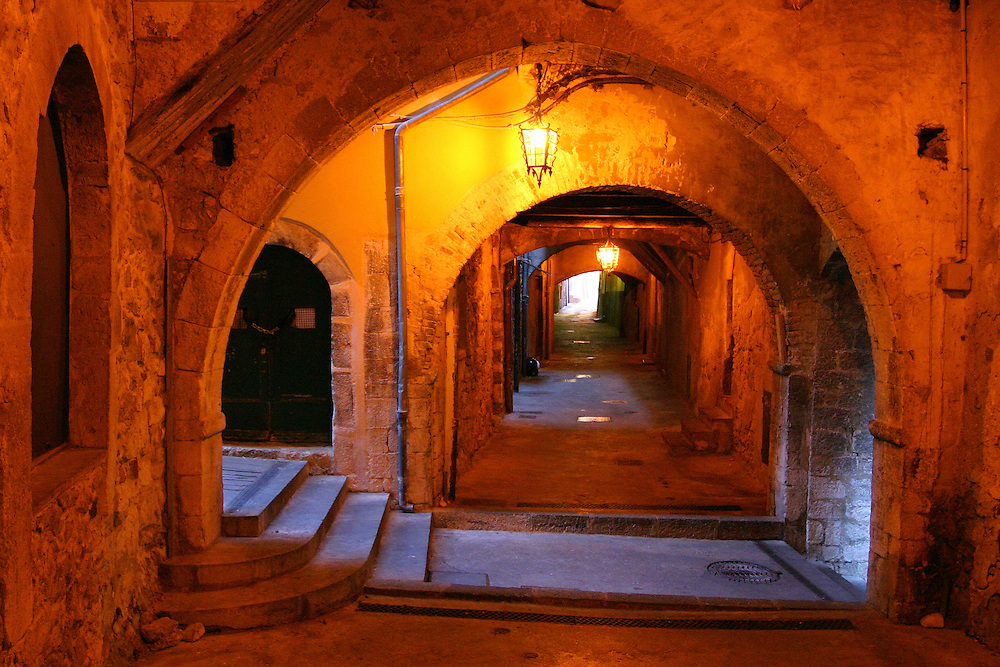